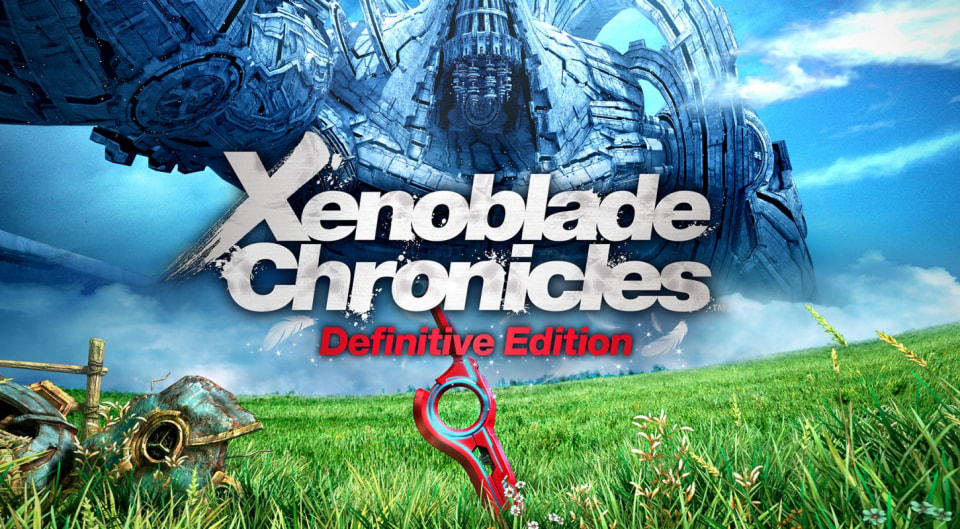 Every once in a while comes a watershed moment for JRPGs. A game that captivates the masses with an original premise and compelling gameplay, while also becoming an enduring classic.

In 1995, it was Chrono Trigger. It was Final Fantasy VII. In 2008, it was Persona 4. During a generation when JRPGs were becoming increasingly scarce, Xenoblade Chronicles barely came to the states in 2010.

Every once in a while comes a watershed moment for JRPGs. A game that captivates the masses with an original premise and compelling gameplay, while also becoming an enduring classic.

In 1995, it was Chrono Trigger. It was Final Fantasy VII. In 2008, it was Persona 4. During a generation when JRPGs were becoming increasingly scarce, Xenoblade Chronicles barely came to the states in 2010.Recommended videosBubble Bobble 4 Friends – Coming to PlayStation®4 – Official Announcement TrailerPlayUnmuteDuration 0:52/Current Time 0:21Loaded: 71.46% FullscreenUp Next

Ironic that a game that Nintendo of America was so against releasing state-side, has grown into one of the biggest franchises in Nintendo’s catalog. It has become such an important game that the powers that be sought to have it ported onto the Switch, in a big way.

The journey of getting Xenoblade to the U.S. is a long and well-documented case that extends beyond the scope of this review. The short version being that Nintendo of Europe did the dirty work of localization, while the American branch did nothing while many eager customers flooded the offices with hand-written mail. It worked.

Ten years and two sequels later, Xenoblade has become a powerhouse franchise. The original game still stuck on the long dead New 3DS, Wii and Wii U consoles; the time was right to update the original and bring Shulk and the gang home on the Switch.

Xenoblade Chronicles: Definitive Edition may at first seem like a huge leap forward from its original, but the reality is that it is much more restrained than it appears. The foundation was already so strong, the developers chose to be very conservative with any changes and only focused on usability while adding a bonus epilogue.

The leap from the low poly models is apparent, as well as the newly added lighting effects, shaders and foliage density. Even the art style has changed from what was a painterly, gritty manga-like aesthetic, to something that is a bit more generically clean anime.

While the new style of the character designs may not appeal to everyone, this look is consistent with what Xenoblade looks like now as of the last two games. One objective improvement with the models are the detailed hands that have complete fingers; a far cry from the mitten-like paws from previous versions.

Some of the character design changes may not be to everyone’s liking, but it is difficult to fault the newly improved vistas. The environments are jaw-dropping, and are lush with so much more detail that the Wii version just could not muster.

The original version was made with Wii specs, which were not much of a leap from the Gamecube’s hardware. This meant that Xenoblade was pulling off enormous landscapes, populated with enormous flora and fauna with what was effectively 1990’s technology. In Definitive Edition, the landmass is still impressive.

The scope of the Definitive Edition’s visual update sometimes pushes the Switch too much. The Bionis setting is a very lush world, festooned with foliage that can only be drawn a few meters away from Shulk. A keen eye might even notice that some greenery is a flat 2D asset that can only be seen from one side; a detail that can be seen even in handheld mode.

The visuals are almost on par with what was seen in Xenoblade Chronicles 2. The only hints that this might have been an older game is that the animations are 1:1 from the 2010 Wii original. It is noticeable since character rigging was more restricted back then. Stiff and broad gestures stick out in such a glossy looking JRPG.

When there are major cutscenes, the animation is much more expressive, and the cinematography is more nuanced. When scenes are simple incidental moments, the scene construction is basic shot-reverse-shot. It is here where the excellent voice cast has to pick up the slack.

Some of the most memorable aspects of Xenoblade are its striking world and the characters. The casting choices are utterly inspired, and the byproduct of having British talent voice everyone adds such a unique flavor to a JRPG- especially for one set on a corpse of a giant.

Even the obnoxious and repugnant Nopon are flawlessly represented with their distinct speech pattern and inflections. They may be annoying, but it is impossible to imagine them any other way.

By far the most impressive performers are the main cast of heroes. Everyone has very natural sounding chemistry with each other, and it makes the situations feel more real as they interact. It is a shame that minor scenes lack the level of detail of important cutscenes where characters have more expression.

The Xenoblade experience is more than just a rousing adventure story with fun and interesting characters. It also happens to have involving exploration and character-building. Most JRPGs have some grinding in them. Xenoblade found a way to make the tedious act of powering-up more interesting by having players do rewarding side-quests.

If one were so inclined, they could simply murder hapless skeeters all day; but Xenoblade pushes users to interact with NPCs to get as many quests active as possible. Most of the time, they are nothing special and are very tired iterations of what is expected in the average 2010’s era MMORPG.

“Go there, kill X”, “find X amount of X”, “go speak to X and then X” or some other kinds of variation of the typical formula. The overall design of these missions is as uninspired as can be, but they are a means of doing something else other than always fighting. It is satisfying to always have a goal and complete it, even if it is shallow.

At a certain point, the details of what the quest-giver has to say becomes irrelevant as you quickly accumulate several of them active at once. The only thing that will matter is getting the work done and moving on.

There is also an absurdly high number of side-quests. Almost 500 of them, and there has to be a lot otherwise the only way to effectively gain experience would be to tediously fight all day. The quests typically involve fighting something, so you may as well have as many active as possible.

Amusingly, it is even possible to get some quests done before they even begin. This is very helpful and cuts out a lot of needless busy-work. Never sell anything Shulk and the gang pick up, because chances are it will auto-complete some schlub’s request in Colony 6.

It would be impossible to make half of 500 quests interesting. The reality is that many of them just exist to give players a reason to fully explore the expanses of the Bionis. The expedition that the heroes take on this strange and surreal world is the heart of Xenoblade. It flawlessly illustrates the spirit of adventure in a strange land.

The urge to want to see what kind of weird alien vista might be on the other side of some eclectic rock formation is very palpable. The party never tires, and the new camera system from Xenoblade Chronicles 2 allows for greater control over Shulk’s POV so no matter what- there can always be a clear view of the action.

The combat in Xenoblade is not anything ground breaking. It takes many strategies from MMORPGs like managing enemy aggro, auto-attacking, tanking, character placement and ability cool-downs. It was always very well balanced, and every ability was useful for something.

What Xenoblade does do with these systems is allow players a lot of flexibility when it comes to play styles and builds. Some exceptions may apply, but overall there are so many ways to arrange a party with the amount of possibilities available.

Definitive Edition only enhances what was already there by improving on the interface. The usability is more clean and defined now. The UI will even make strategy suggestions with some discreet markings to indicate what would be the best ability to use.

Other enhances that the Definitive Edition introduces is how quests are tracked, and providing more information on how to go about competing them. There is no more guess work, and this shaves several hours off of just aimless wandering trying to find whatever a quest giver requires.

While this trivializes some of the substance of side activities, it is satisfying to get so much more done in less time. This is especially the case for veterans of the original version who might be turned off by the huge time sink. It is much less painful this way and at least nothing is taken away.

By far the biggest addition to the Definitive Edition is the bonus epilogue chapter, Future Connected. Sadly, it is not added to the end game and nothing carried over. It is a separate mode that is picked off from the menu and is close to being the length of a full game at around 15 hours long.

Future Connected is set on the shoulder of the Bionis, an all new location. Shulk and Melia are the focus, and if you didn’t care for Nopons before, get ready to shank your ears- because now there are several of them in the team.

At its core, Future Connected is more of the same. It does add some added closure to Shulk’s journey, while also potentially exploring some possibilities of what might be coming next for the Xenoblade franchise.

The most substantial difference between the core game and Future Connected is that it does not have the chain attack system. It a completely new and interesting mechanic that relies on Nopons, and everyone starts on level 60 so there are lots of options right at the start.

For the most part, Definitive Edition does live up to its name. The subtle changes in the art direction are disappointing, but the overall experience is vastly enhanced thanks to the quality of life improvements.

Xenoblade Chronicles: Definitive Edition is a very long game, easily reaches the 100 hour mark- and that is not counting Future Connected. There is so much content to experience, and throughout the journey the story is always engaging as it introduces strange concepts and explains them in such a concise manner.

It is baffling that Nintendo of America were against releasing the original Wii version in the United States. The amount of work put into building the world is staggering, and some high level executive was so callous to toss it aside because it was not casual enough.

Xenoblade Chronicles: Definitive Edition is highly recommended to anyone who enjoys an epic adventure. Fans of the original may be disappointed by how little has changed, but for those who began the series with Xenoblade Chronicles 2, will feel right at home.

This is not the kind of JRPG that lays out its hand upfront. It takes its time introducing concepts and mechanics over a long period of time, teaching the player and keeping things from getting dull. If the combat seems restrictive at first, just keep at it and eventually it does open up with ample room to experiment.

This is the great “hero’s journey” of our time. A journey of self-discovery and finding your place in the world, with a little bit of man’s relationship with technology thrown in. With a robust strategic battle system and one of the most memorable settings in a JRPG, Xenoblade Chronicles on Switch, New 3DS, or Wii; is a game for the ages. If only there were a Xenosaga collection. 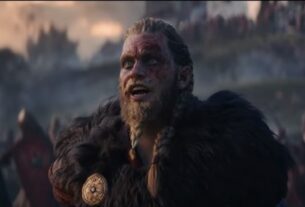 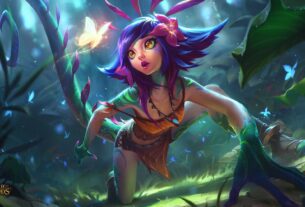 Leagues of Legends is punishing players for going AFK