The third update in Season 6 of PUBG went live this morning on the game’s test servers on PC. Patch 6.3 is a bit on the small side, adding rocket launchers to the game for the first time alongside a few balance tweaks.

The Panzerfaust is PUBG’s rocket launcher of choice, available only on the recently added Karakin map. It takes up a primary weapon slot, and fires slow but devastating projectiles with a 6 meter AoE radius. The Panzerfaust is an “uncommon” world spawn, but can always be found in airdrops.

It’s also a one-time use item, meaning you’ll need to drop it after firing the rocket it spawns with. As with its real-world counterpart, the Panzerfaust does have a backblast, which means anyone caught behind the player using it (in a 3 meter radius) will take some damage.

Patch 6.3 also brings a number of weapon changes, chief among them making the M249 a “semi-rare” world spawn (Erangel, Miramar) rather than an airdrop-exclusive. To compensate for the M249’s increased availability, PUBG Corp. reduced the starting ammo to 75, dropped its base damage to 40 and increased its recoil.

You will, however, be able to boost some of these stats with the help of a new stock attachment and an extended mag that brings its total capacity to 150 bullets.

The ol’ Tommy Gun is getting some love, too, with an increase to accuracy, rate of fire, and a decrease to recoil. You’ll even be able to attach red dots and holos to the Tommy Gun. The UMP-45, which had fallen out of love since it switched ammo types with the Vector, is also getting some buffs.

The SMG is getting a damage boost to 41 and an increase to its rate of fire. You should also find it easier to hit moving targets with it thanks to faster muzzle velocity.

Outside of that, 6.3 made a few small quality of life additions such as a new pulse effect to better highlight lootable items, and an electric static noise to the Blue Zone that should make it easier to hear it coming when you’re in the middle of a fight. 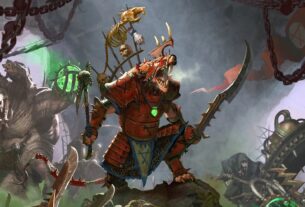